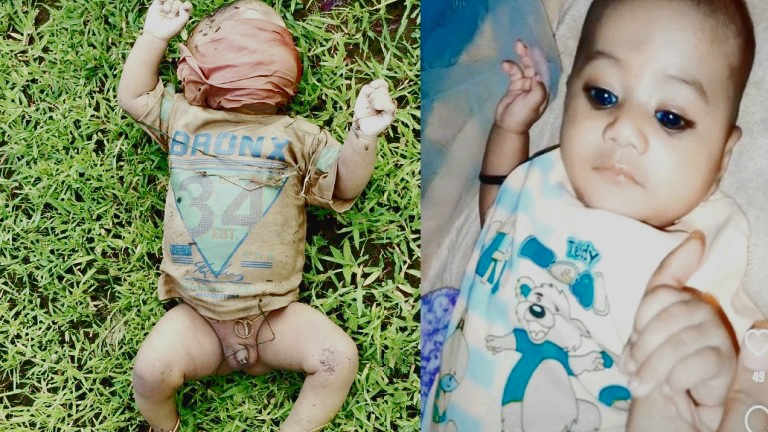 The body of a 5-month-old baby was discovered in the Narmada river in the village of Keolari on 18th July 2022. In the brief medical report, the doctor stated that a head injury was the cause of death. It’s irony that the poor baby was killed by her own mother.

Rewanchal, who was 5 months old, died when his mother Jyoti, a 30-year-old Khanuja Colony resident, beat him to death with a stone, according to municipal inspector CK Sirame. She then placed the child’s body in a bag and flung it from the bridge at Dindori into the Narmada river. Due to the strong water current during the rainy season, the body was discovered at Keolari, 20 kilometers from Dindori. The police have arrested the mother. The incident came to light when the mother’s family filed a missing complaint for the baby. Although the mother was unmarried, her family supported her throughout her pregnancy and was affectionate towards the baby.

After the baby was born, the mom allegedly experienced a depressive episode and grew extremely irritable, according to relatives. On Monday, when other family members were out of the house, the baby began to wail, prompting the mother to act.

The accused woman was brought before the court on Tuesday after the police filed a complaint against her under Sections 302, 301 of the IPC. If anybody is facing any kind of problem raising his/her baby, they can surrender them safely to Indian Government. They will get a 2 month period to consider their decision. After This period, baby will be legally free for adoption.

New mothers can suffer from postpartum depression during pregnancy and even after their delivery. This can be dangerous for babies, if it is left unattended.

So, the other family members should have close eyes on new moms and get alert, if they notice any major behavioural change in her.

(This report is written by Ms Saanvi Saahu, Student of IIM, Ranchi under the Internship program of PaaLoNaa)

Kali Yugi became a mother! The girl gave birth to a child in virginity, an innocent 5-month-old was killed out of spite.